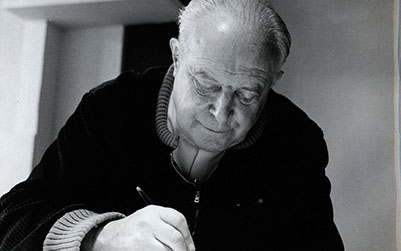 Giovanni, known as Gio, Ponti was born in 1891 in Milan. It was there where he spent his childhood, and in 1921 he began studying architecture at the Polytechnic of Milan. From 1923 to 1930 he served as artistic director of the Richard-Ginori porcelain factory. In 1927, Ponti started his first architecture office, together with Emilio Lancia, and in 1928 he started the Domus magazine, which is still considered one of the most influential European architecture and design magazines. He was also very influential during the period as curator of the Milan Triennial.

After finishing his collaboration with Emilio Lancia, at the end of the Rasini Tower, he began working as an architect together with the engineers Antonio Fornaroli and Eugenio Soncini. It was during this period that Ponti designed many of his most famous buildings, such as the Mathematics Institute of the University of Rome, the Primo Palazzo Montecatini, the Marmont House and Villa Donegani in Bordighera. The best known of his architectural works is the Torre Pirelli,. He continued working until well into the eighties, completing works as impressive as the Concattedrale Gran Madre di Dio in Taranto and the Art Museum of Denver. Gio Ponti died in Milan on September 16, 1979, having produced innumerable furniture, ceramics and thousands of objects throughout his life. 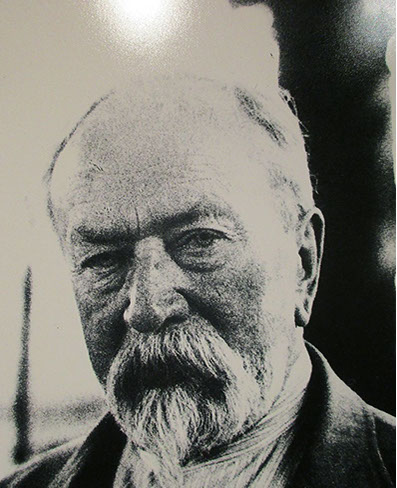 He was born in Milan and became an internationally renowned artist and designer. He trained at the Academy of Fine Arts in Brera and was very influenced by the first exponents of "Art Noveau" in his reaction against the heavy, ornate, classic, renaissance, baroque and rococo styles of fashion in the mid-nineteenth century.

Carlo Bugatti worked in architecture, interiors, ceramics, musical instruments, paintings, silverware and textiles, as well as furniture for which he is best known. As a stylist he was very individualistic, although he was inspired by Gothic, Moorish and oriental influences and, particularly, the work of almost all his work demonstrates a very safe use of the simple and powerful form; sometimes geometric; sometimes organic.

Many of the pieces were elaborately finished in a variety of colours and textures with intricate decorative motifs such as insects. In the case of furniture, this surface treatment can help to disguise the union of the structure and the method of construction and contribute to the sculptural unity of the piece.

Apparently, the Bugatti house was an interesting and artistically stimulating environment. Many of the family's friends and visitors were musicians, painters and sculptors, and freedom of expression and open exchange of ideas were features that were fostered, expected and valued.

A member of the so-called third generation of the Modern Movement, he is considered one of the greatest exponents of Italian Rationalism. Current that, nevertheless, followed of a personal form, trying to free itself of its limitations throughout its race.

In 1931 he graduated from the Polytechnic of Milan in civil engineering, and in 1949 in architecture in Venice.

In the beginning, Gardella collaborated as a designer with Olivari, Azucena and, above all, with Gavina, making at the same time numerous study trips abroad: to Germany -Frankfurt in particular- and the Scandinavian countries, where he met Alvar Aalto.

In 1935 he published his first works in the magazine "Casabella", belonging to the editorial group led by Rogers, very important then for his innovative didactic of Italian architecture. In this time he made the Antitubercolare Dispensary, it is considered one of the purest works of Italian Rationalism

Gardella has seen his work widely recognized throughout his career. He was awarded multiple times, with the national prize of architecture Olivetti (1955) or the Fiuggi prize (1988), among others. 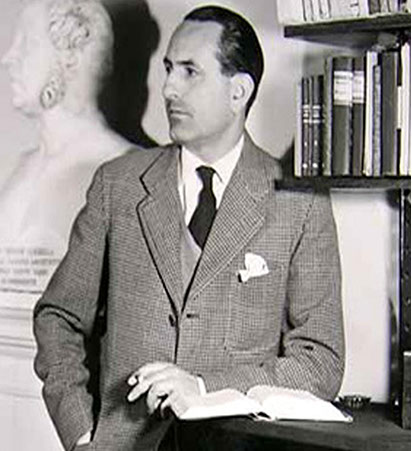 During his career, ingrand produced numerous colored glass panels for public spaces, religious institutions, hotels and more. Beginning in 1954 until 1964, he was artistic director of the Italian contemporary lighting company Fontana Arte. During that period, he created several known lamps, including the Fontana table lamp (1954), which is still produced today.. 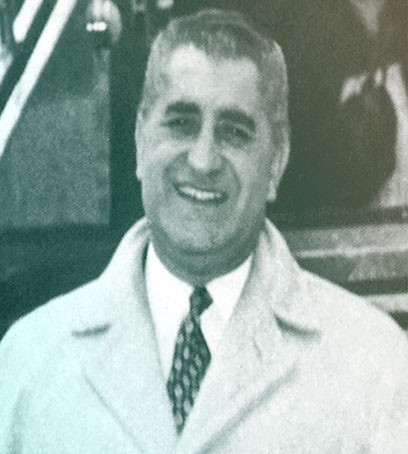 The Asian designer and businessman Angelo Lelli. He founded the innovative lighting company Arredoluce in Manza, Italy, in the years surrounding the Second World War. However, he was an active and influential participant in the post-war Italian design boom and today he is considered a key protagonist in the lighting design of the modernist era.

According to many sources, Lelli began designing lamps in his basement before the war and caught his first big break in 1946 when his first three designs appeared on the pages of a Domus publication. The magazine was originally founded by the design icon Gio Ponti. and was, at that time, under the direction of the Italian architect Ernesto Nathan Rogers, promoted the pioneering designers and architects in Italy who were adopting the new functionalist trend.

The following year, Lelli had founded Arredoluce (although some sources say that the company already existed in 1939). As director and internal designer of the company, Lelli contributed decisively to promote Italian design to international prominence. Through Arredoluce, Lelli was responsible for the production of hundreds of ingenious lighting collections that have become highly coveted in the vintage market.

Arredoluce produced lighting until its closure in 1979.

Born in Mantua October 12, 1900, Renzo Zavanella is an architect who attended, although not with a leading role, the cultural and artistic trends that have marked the city of Milan since the thirties. He graduated from the School of Architecture of the Ateneo de Lausanne in 1952, private practice in Milan, where he moved definitively in the early thirties, from his professional activities and initially collaborating both for the study of Gio Ponti and Emilio Lancia (from 1930 to 1932), with that of Luciano Baldessari (from 1932 to 1937). Through these first work experiences, Zavanella has the opportunity not only to get in touch with the young rationalist architects working in Milan but also to participate directly in the opportunities to spread modern taste in Italy. These are mainly the exhibitions offered by the Triennale of Milan, but above all by the Fair of Champions of Milan. Preferring the discipline of interior architecture and temporary exhibitions, Zavanella, mainly the service of Officine Meccaniche first and then the Banca Popolare di Milano, which develops and refines its original contribution to architecture. This is the use of standard modular production as a stylistic unifying element and a definition of a commercial image that could be immediately recognizable. And the achievements that come to him, of refined elegance, sometimes overlap the architectural and artistic spheres. Zavanella, exponent of a way of doing architecture based on the reality and sincerity of the building, as well as in the permanent search for the expressiveness of new materials, dies in Milan, September 30, 1988

He graduated in Architecture in 1948 at the Polytechnic of Milan. In 1953-1954 he works in the United States, also participating in the Chicago competition "LOOP". While going abroad he met Frank Lloyd Wright, Walter Gropius, Mies van der Rohe and Konrad Wachsmann.

In 1989 he founded the office of Mangiarotti & Associates based in Tokyo.

From 1986 to 1992 he is artistic director of Colle Cristalleria. 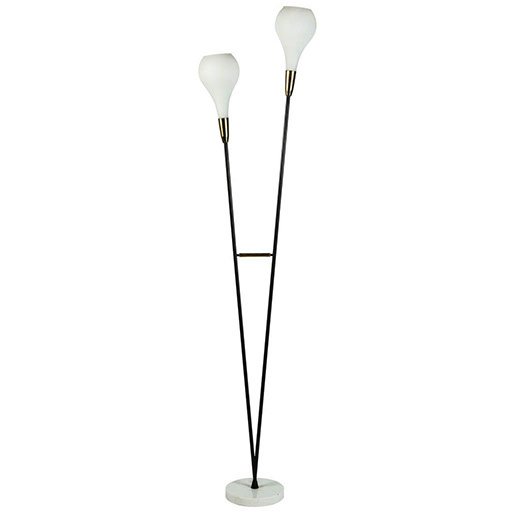